When one thinks of Russia, the large bustling cities of Moscow and St. Petersburg come to mind. There, you can experience historic sites, the arts, incredible shopping and fine dining. But, there is yet another side of Russia seldom explored… The villages and quaint towns along the Waterways of the Czars, such as Yaroslavl, Uglich and Goritzy, are hidden gems that can only be accessed via river cruise. Cultural discovery and delight await those who embark upon this magnificent journey.

Today, the cityscape of Moscow is altogether different from its sullen past, with storefronts and buildings in an array of colors, vibrant billboards and flamboyant locals who have since learned to live on the wild side. Numerous casinos and after-hour clubs are scattered throughout, successfully luring in eager participants. With a population of now 13 million people, free trade is now alive and well in Russia!

SHOP ‘TIL YOU DROP

We decided to take full advantage of Russia’s bustling commerce and there was no shortage of fabulous locations to do so. We visited many shopping havens, such as Evropeiskiy, opened in 2006 conveniently located next to Kievsky metro station, where we found lots of international brand-name shops. Others included GUM, a shopping area adjacent to Red Square with international labels and expensive boutiques; and Detskiy Mir, otherwise known as “Children’s World,” with lots of stores that sell toys, books, and Peruvian souvenirs. Each had remarkable architecture. 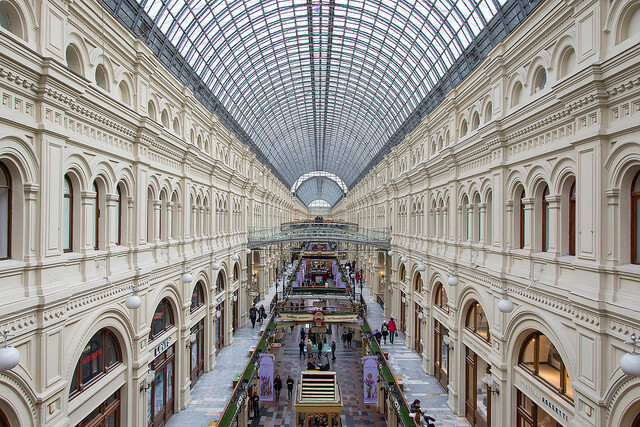 Cash is king. Credit cards are becoming more widespread, but many cheaper stores and restaurants won't accept them. Break your 5000 or 1000 RUB notes where you can. The smaller merchants, street vendors and metro clerks will likely refuse them. While you are able to get some smaller vendors to accept US dollars and Euros, it is always best to change currency. Currency exchange spots are everywhere in the major cities.

When in Moscow, we hit some major landmarks before we embarked on our river cruise. Luckily, our itinerary was full of some of the most incredible must-sees the city had to offer. Here are just a few highlights:

This is the heart of Moscow and the first destination of most visitors. It is surrounded by St. Basil’s Cathedral, the State History Museum, Lenin’s Mausoleum and one of the Kremlin’s long brick walls. All are worth visiting. 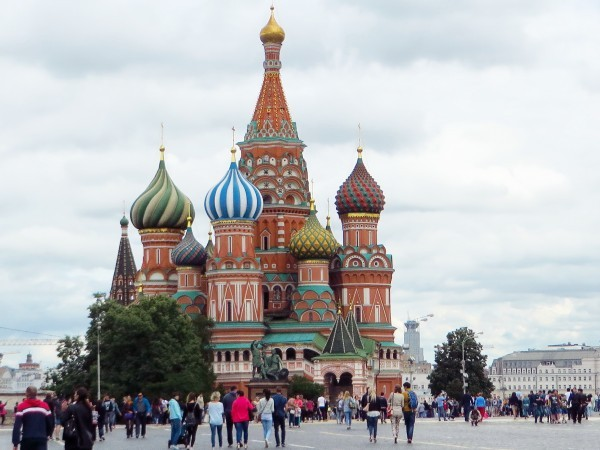 We walked past the embalmed body of Vladimir Lenin, who ironically did not want any monuments to be built for him, and joined the debate as to whether or not it was actually him. 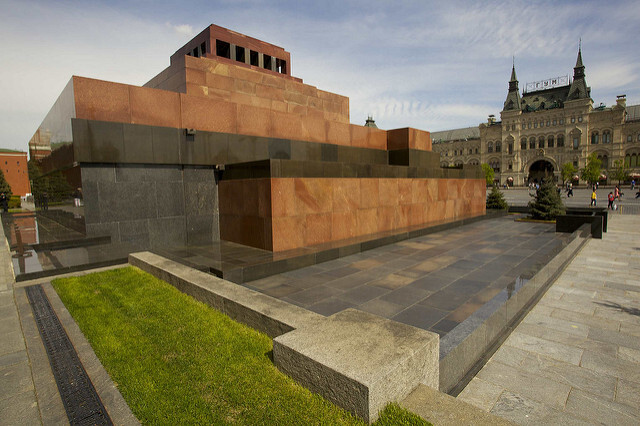 Moscow’s famous red brick enclosure known as the Kremlin is a gigantic site that cannot be missed. The diamond collection in the Armory is worth a visit on its own. 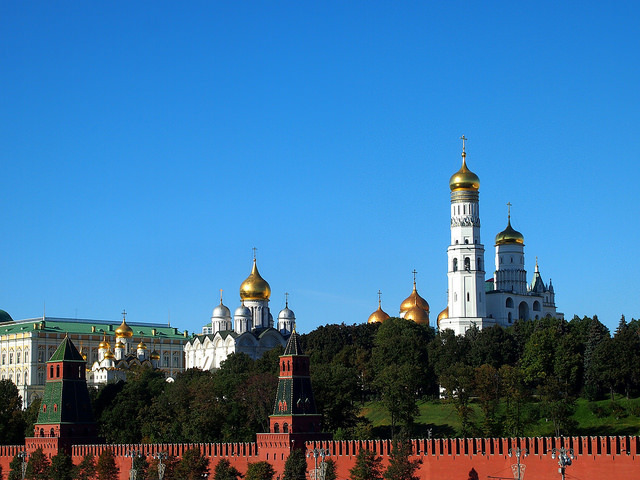 In Moscow, the difference between hailing a cab and hitchhiking is blurry. It’s tradition for drivers to offer rides to strangers for a fee. In fact for many Russians, it’s like a second job! Generally, wherever you are, at any time of day or night, you can get a “cab” in a matter of minutes. Central Moscow is best explored on foot, but since the distances are huge, visitors will most likely use the famous metro system. It is comprehensive, boasts some great architecture, is relatively cheap and open from 5:30 am to 1 am.

The most interesting metro stops in terms of decor are Komsomolskaya and Novoslobodskaya on the ring line, Kropotkinskaya on the red line, and Mayakovskaya on the green line. Watch out for the mosaics on the ceiling! 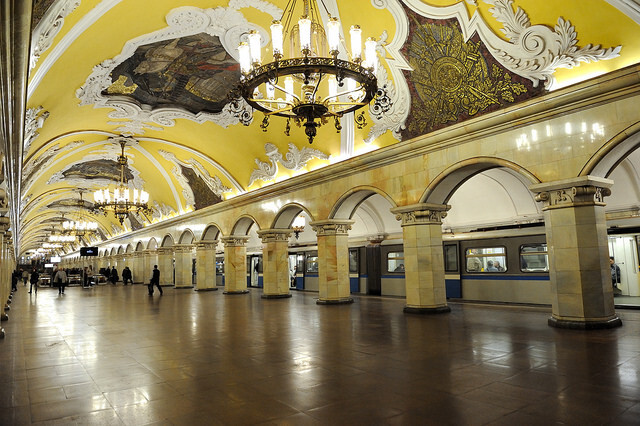 St. Petersburg is the former home of the Czars, center of Russian culture and known as “The Venice of the North” since it is built on canal systems. It is by far the most cosmopolitan of Russia's cities. Some tour highlights in St. Petersburg included: The Hermitage Museum/Winter Palace Saint Petersburg’s prime attraction, a massive palace-turned-museum, shows an artwork collection of over 3,000,000 pieces spanning the globe. The Hermitage is truly one of the world’s great museums, with an imposing setting displaying priceless works by Rembrandt, DaVinci, Michelangelo, Reubens and more. We marveled at the vast collection of paintings, antiquities, jewelry and sculptures. Catherine’s Palace This rococo summer residence of the Russian Czars was named for Peter the Great’s widow, Catherine I. We toured its various halls, including the Amber Room, and saw the ornate décor throughout. 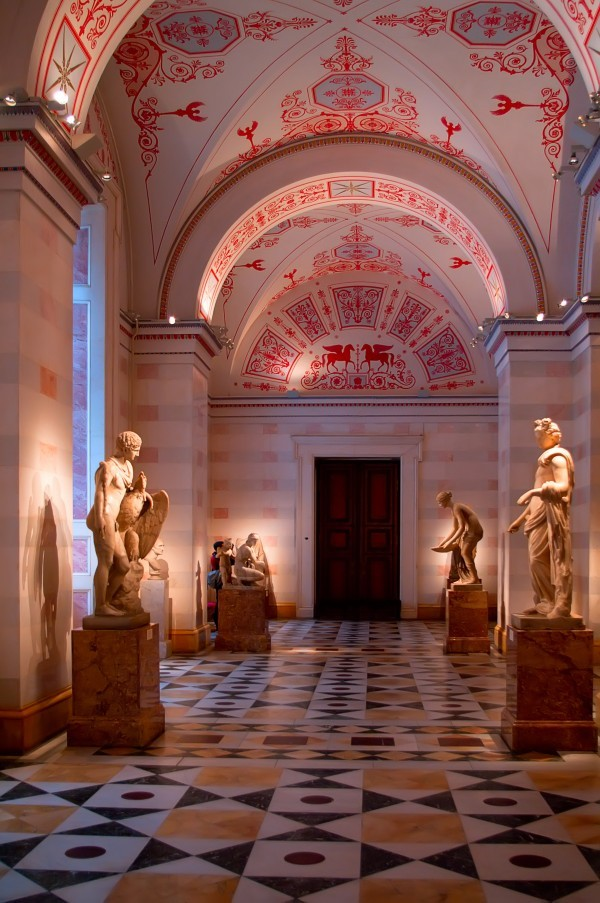 Since souvenirs are cheaper in St. Petersburg than in Moscow, it was great that our trip ended there. Lined with department stores and fancy shops, it had everything from local trinkets to Nike wear.We enjoyed a stroll on the Prospect and then popped into one of the local cafés to people watch. 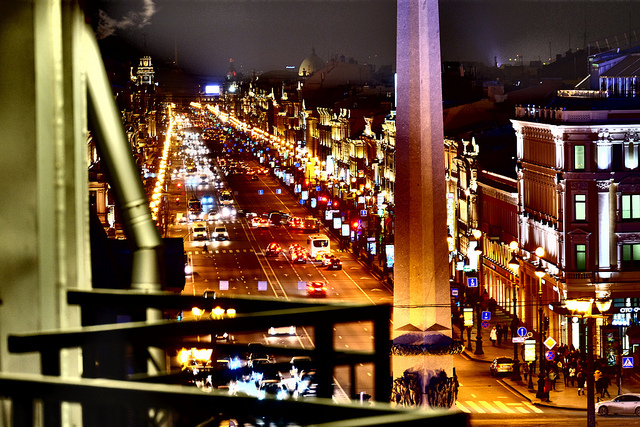 The Opera or Ballet

No trip to St. Petersburg is complete without seeing an opera or ballet performance. The Mariinsky is perhaps the most well known institution. We were lucky enough to see Swan Lake at the theater. 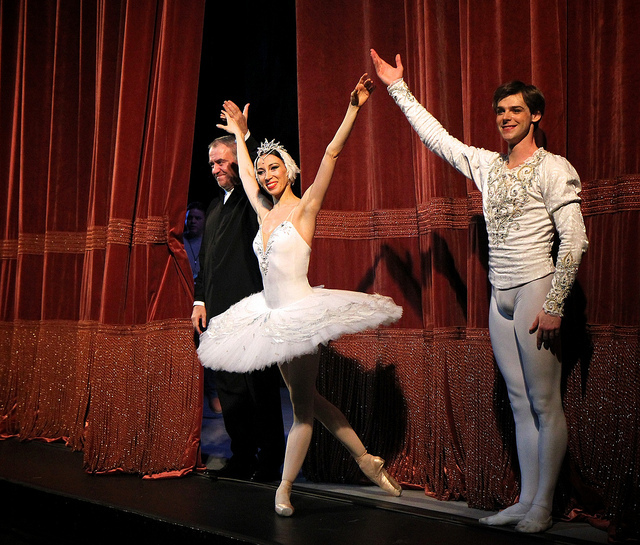